Today we present small, but informative book by Naomi Moriyama entitled, Japanese Women Don’t Get Old or Fat. Delicious slimming and anti-ageing secrets. In Japan, people live longer than anywhere else on Earth; obesity is virtually unknown, and 40-year-old women look like they’re 20. The secret: Japanese homestyle cooking, and an approach to eating that is not about self-deprivation, but about celebrating and savouring food.

Raised in Tokyo and on her grandparents’ mountainside farm, author Naomi Moriyama first travelled to the West as a college student, and promptly gained 25 pounds eating an American diet. Returning home for the holidays, she found that the weight melted off as she returned to the healthy, soulful food of her mother’s tiny kitchen: satisfying soups, fresh vegetables, delicate grilled fish; mouthwatering meals that never left her feeling hungry.

1. The ingredients simmering in a Japanese kitchen are a simple variety of foods eaten on a consistent and daily basis: fish, sea and land vegetables, soy, rice, fruit and green tea.

2. The Japanese enjoy home cooked meals on a daily basis. A traditional meal consists of grilled fish, a bowl of rice, simmered vegetables, miso soup, sliced fruit for dessert and green tea. The Japanese consume almost 10 percent of the world’s fish, although they make up about 2 percent of the world’s population. And this daily dose of omega-3 fatty acids may well explain why they live long and healthy lives. That, and the fact they consume 5 times the amount of cruciferous vegetables, broccoli, cabbage, kale, cauliflower and Brussels sprouts, that Americans do.

3. The emphasis of Japanese cooking is to use what is fresh and in season. According to author Moriyama, “Japanese supermarkets are cathedrals of freshness. Food is not only dated, it’s timed—Japanese women buy fish, meat, vegetables, or prepared meals that are timed by the half hour they were packed that day.”

4. The Japanese eat small portions of a variety of courses at a meal. According to Moriyama, from childhood they are taught to eat slowly, savoring every bite. And the food is served on plates at least a third the size of American tableware. Moriyama includes the basic foundations of Japanese home-cooked food presentation: never completely fill up the plates, never serve a big portion of any item, each item is served in its own dish, less is always more, each item is arranged to showcase its natural beauty, food should be garnished and dressed–lightly, fresh is best.

5. Japanese cooking is intentionally light and cooked gently. Most of the work is done on top of the stove using a variation of techniques such as: steaming, pan grilling, sauté, simmer or quick stir fries in a wok. The Japanese chef uses heart healthy oils and flavored broth to season a dish. And though the meal is light you feel content and satisfied, but not overly full.

6. The Japanese eat rice instead of bread with every meal. This is an important distinction between the East and West way of eating. It is the over consumption of refined wheat flour that is a major cause of obesity in America today. Instead of eating bread with each meal try a serving size (half a cup) of brown rice or other whole grain 1-2 times per day.

7. In Japan, breakfast is considered the most important and biggest meal of the day. It can consist of a variety of small courses which include green tea, steamed rice, miso soup with tofu and scallions, small sheets of nori seaweed, an egg omelet or piece of fish.

8. Sweet desserts are eaten less often in Japan and in much smaller portions than in America. That is not to say that chocolate, pastries, cookies, ice cream and red-bean cakes are not treasured. Rather, they are respected for the power they can unleash in the appetite and harm they can do to the body when eaten in excess.

9. The Japanese have a different mind-set about food. While Americans are concerned with dieting and weight issues the Japanese are raised and encouraged to enjoy a more diverse variety of foods without dieting concerns. However, watch out Japan, with the introduction of western style fast foods obesity rates amongst Japanese youth are beginning to climb.

10. Exercise is part of the Japanese daily ritual. According to a 2004 Time magazine cover story, How to Live to Be 100, “The Japanese are in good health and in excellent shape, they are an active people who incorporate plenty of incidental exercise into their days.” They have created a welcome environment for bicycling around town, walking, hiking, and generally staying active.

Filled with delicious healthy recipes and evocative reminiscences, this book is for all those who are tired of counting calories and carbs, and finding themselves on diets that don’t work. Japanese Women Don’t Get Old or Fat offers a delightfully fresh and easy approach to weight loss and promises readers a healthier, slimmer, and longer lifestyle. 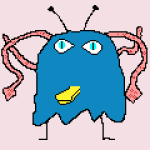